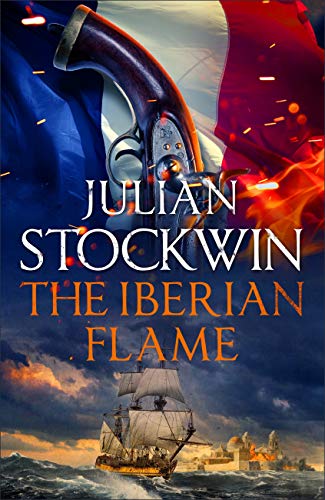 1808. With the Peninsula in turmoil, Napoleon Bonaparte signs a treaty to dismember Portugal and put his brother, Joseph, on the throne of Spain.

Meanwhile, Nicholas Renzi, the Lord Farndon, undertakes a deadly mission to stir up partisan unrest to disrupt this Napoleonic alliance with Spain.

Thrust into the crucible of the uprising, Captain Sir Thomas Kydd is dismayed to come up against an old foe from his past - now his superior and commander - who is determined to break him. Kydd will soon face the greatest decision of his professional career.

Bonaparte, incensed by the reverses suffered to his honour, gathers together a crushing force and marches at speed into Spain. After several bloody encounters the greatly outnumbered British expedition have no option other than make a fighting retreat to the coast. Only the Navy can save them.

But the flame of insurrection has been lit - and the Peninsular War has begun.

More Praise for Julian Stockwin and the Thomas Kydd Series